Rocking Out and Getting Your Geek On: Negrita!

We spoke with Marino Cecada, an italian visual designer who has been doing some out of the box work for various pop and rock acts. Where most rock shows visually rely on simple live camera registration, Marino uses Arena and some custom FFGL wizardry to take things to the next level. 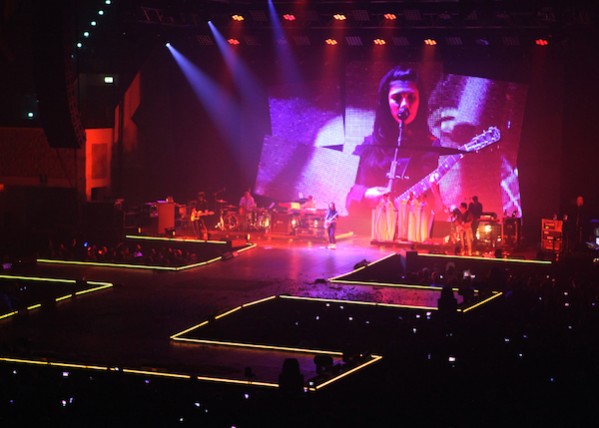 Tell us about yourself
I live and work in Italy, and since 2006 I have been working in the video production business, in the beginning as a cameraman and editor. In 2007, together with 2 colleagues, we worked on our first visual project for concerts: it was the "Soundtrack" tour for Elisa, a famous Italian singer.

There were no live cameras for that tour. We had PVC screens on which our videos were projected. Each video was done especially for each song (track). During the years, I have been more and more attracted by video ­art and, generally speaking, everything regarding video production in the music and concert world.

Some of the first interactive video installations I made were with Quartz Composer. I used it to work on musical video­clips and collaborated on other tours in which I have always supervised the visuals and recently also direction and broadcast.

Then, in 2012, while preparing for a tour in the US with Il Volo, my colleague Steve Sarzi proposed to work with Arena. I never heard about it, but after using it with Steve for a couple hours, we had already set the basics for the project I had in mind and most of all, it worked! I was impressed by how fast and easy the software is to use. Also, it immediately read SMPTE signals which was extremely important as I usually work with pre-made videos which are synced.

Tell us about your last work
The last job was for Negrita, an Italian rock group that has a 30 year long career. For spring 2015 they had an in­door stadium tour in mind. The lighting and stage designer, Jo Campana, conceived a very essential stage: the background was made of three big LED screens, 5,60 meters tall and 4,20 Meters wide, occupying 16 meters in length.

Because of the importance given in terms of space, a lot of the show was centered on what was happening on these screens. The idea we had was to mainly use live footage and to exclude tracks with simply a video in the background. The live images had been conceived as a graphic element in support of the set/scenic design, so the important thing was that what we were filming had to be processed and filtered to give a different interpretation for each track.

Being a live broadcast, the result was a sequence of live videos that followed the dynamics and the energy of what was going on on stage. No pre­-created video could have given the same feeling. The only part we left unprocessed was the very last song, in which all the lights were turned on and the show came back to a more "earthly" environment.

Tell us about the video system you used
To realize what we had in mind, Telemauri , which is a video rental company Steve and I closely work with, gave us 3 cameras with cameramen, three remote­controlled cameras plus some small ones which were placed on stage, one of which on the drum set.

All cameras were routed into a ATEM switcher, which was extremely versatile. Thanks to it we could independently control 4 SDI and 4 other input signals to the computer with Arena.

What came out of Arena, went directly to a video matrix and consequently to the screen. Our output was a single full HD signal, the mapping of the three screens were directly done on Arena, deciding what should go on each screen. I prefer to keep some of the controls of Arena in manual mode, like the master fader for example, so we connected a Samson Graphite MF8 controller to the computer.

Have you used particular effects?
One of the aspects that made us choose Arena towards other more "prestigious" media servers, is that through FFGL we could develop our own plugins. In fact, also in the previous tour, Elisa's "L'Anima Vola" we created some plugins to make a choreography of the singer moving on stage, while on the screens her movements were repeated several times to create a trail. 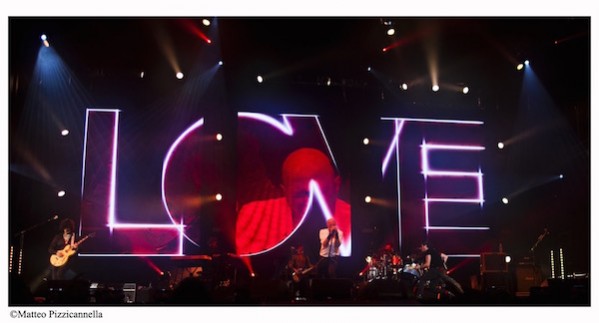 Another plugin I enjoy, which has been developed together with Davide Mania (an FFGL programmer I have been working with for years) we named ScrumblePict. I often use it, and it allows us to have copies of the signals without having to use more of Arena's clip slots . These copies can be moved, rotated, scaled and cropped, allowing to always create different templates. 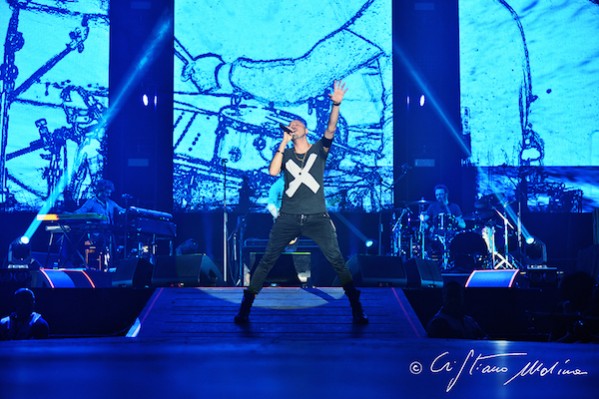 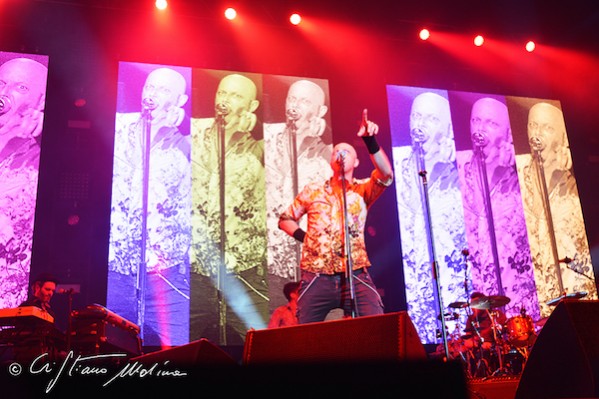 Could you show us some of the graphic styles used for the show?
As I mentioned, I very much enjoy working with image decompositions, so in this tour we also got busy with breakdowns and recomposing the signal that came through the switcher. 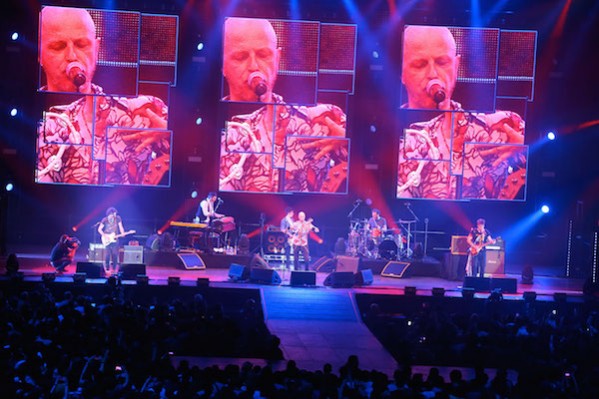 For other tracks, we took advantage of the edge detection and pixel screen effects. 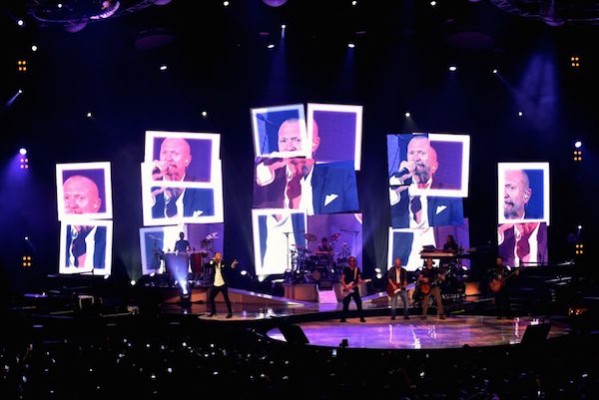 Another fantastic aspect of Arena is the possibility to use DXV files with the alpha channel. In this way we can create moving masks for live inputs. 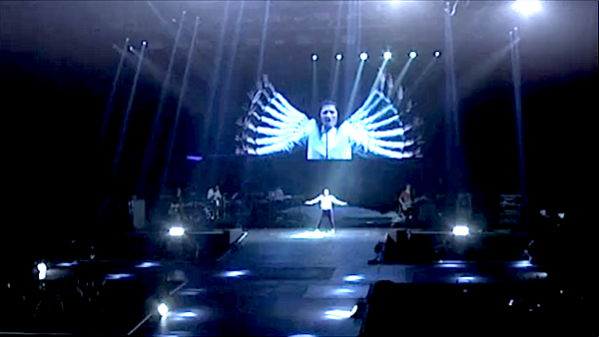 Negrita live, mask with alpha channel and live inside

I get this pluggin???