You know how it goes.

You think you know how this game works, and that you've got the level boss' attack pattern all figured out. You know his weak points, and all you need to do is wait for him to step left so you can shoot at that gap in his armor. Then, just as he reaches half health, he mutates and is back to full health. And he's full of new tricks.

The Arena 5.1 / Avenue 4.6 release is Resolume's Boss Fight. New features, new tricks, new workflows. You know, to keep you on your toes.


New:
- ArtPoll and Art-Net Unicast
- Much lower memory usage when using still images and non-DXV movies
- Load images as guides for in Input and Output mapping
- Export slices to .svg

- Clip Menu Item: Strip Audio
- Type 4 space separated numerical values to enter a slice top, left, width and height coordinates
- RGBA fixture colorspace
- Maintain fixture scale and proportion when switching fixtures
- Duplicate lumiverse
- Button to toggle snapping
- Multiselect and drag slices between and within screens
- Roll over rotation range for slices
- Mouse hover popup in DMX Output window that shows the channel value as a number
- When deleting a column with an active clip, make the first clip in the column before it the active one
- When moving a Slice mask completely outside of a slice, paint the slice outline red
- When creating new fixture automatically start giving it a name

Fixed:
- Blackmagic output broken in 504
- Soft edge params are universal
- Resolume does not accept Art-Net messages coming from the same computer
- Twitch crashes on OSX when moving it from clip to layer or comp
- Dragging a slice to a differently sized screen adjusts the slice's output width & height
- RGBW(A) fixtures don't output the correct values.
- Apparently there is now also a RevB for the Enttec Mk2
- Unneccesary Undomanager memory increase
- Alpha dropdown does not show on DXV content with alpha when Quicktime is not installed
- Params missing from Slice multiselect
- Slices are snapped without moving the mouse
- Art-Net output already in use by different entry doesn't update its error message when the output is freed
- Preview flickers on active clip with alpha
- Massive FPS drop after loading a different preset or after undo
- 360 softedging places the blend in the entire area outside the comp
- Advanced output window covers all other system menus
- Snapping works for only for slices on the selected screen
- Enabling autopilot after clip has looped makes it jump to the target clip immediately 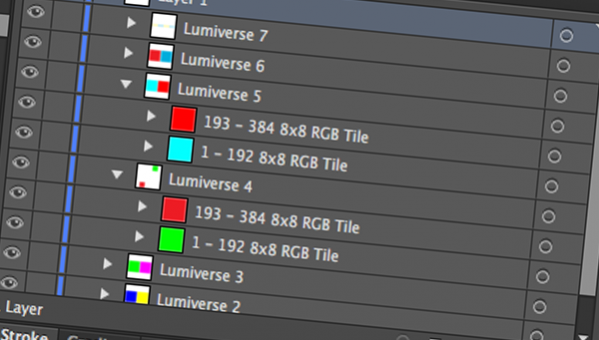 We now offer installers that do not include example footage so your download is much smaller & quicker. You'll find this link in the Other Version dropdown on the download page. Posted by Joris on Tuesday September 20, 2016 at 09:08
Comment from Babcom:


Great! Looking forward to some pixel tape madness on 5.1 : )


I had Twitch crashing on Windows (in another host) but now it's not. Yay!


Working on mac OSX el Captain and having issues installing.
The 'verifying "resolume arena 5.1.0 installer.pkg" ' takes ages (hours) and installation itself will not start.

Tried dl'ing it again but no change.
Any ideas on this?


daxx wrote:Working on mac OSX el Captain and having issues installing.
The 'verifying "resolume arena 5.1.0 installer.pkg" ' takes ages (hours) and installation itself will not start.
Tried dl'ing it again but no change.
Any ideas on this?
Dax

I was just about to write about the same issue, restarted a few times to try again, but then I left the installer for a while and then the installer dialog showed up.
now everything is back to normal.. strange...
Maybe an osx background update? Comment from daxx:


This is an Apple bug, something to do with Spotlight and Gatekeeper. It affects all installers that use the .pkg method, even Apple's own installers

Strangely enough, it doesn't affect everyone and then not even all the time.

The easiest fix is to right-click the .pkg file and choose Open from the context menu. If that doesn't work for you, you can follow the steps in the link above to use an app called Installer to force the package to open.

So far, I haven't had the problem on Sierra, btw.