250K- Taking the World by Storm

We certainly think so, and our quest for “a big production to dissect” landed us in the eye of the Storm @ Shanghai. 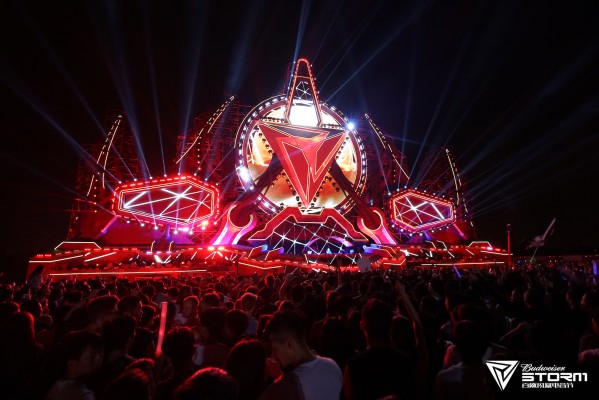 
On design and production duty for Storm festival 2016 were super imaginative creative specialists- 250K.
They have been slowly and steadily taking over the world, one stage at a time. 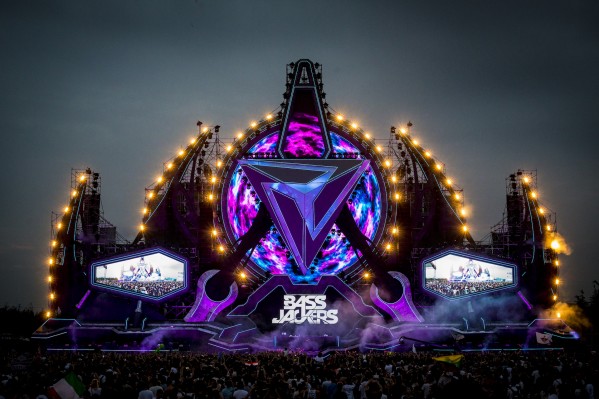 
We got Dennis de Klein to take a break from basking in the glory of a great show (naww!) to talk us through the setup and tech specifics.

From starting out as a stage design intern with 250K, cut to 6 years later: Creative Project Manager- Dennis has come a long way.

For Storm Festival, he managed the project from start to end, working in close association with the designers and the Creative Director of 250K- Sander Reneman.

Dennis’ most important responsibility was to ensure the original design is brought to life, in the best way possible. 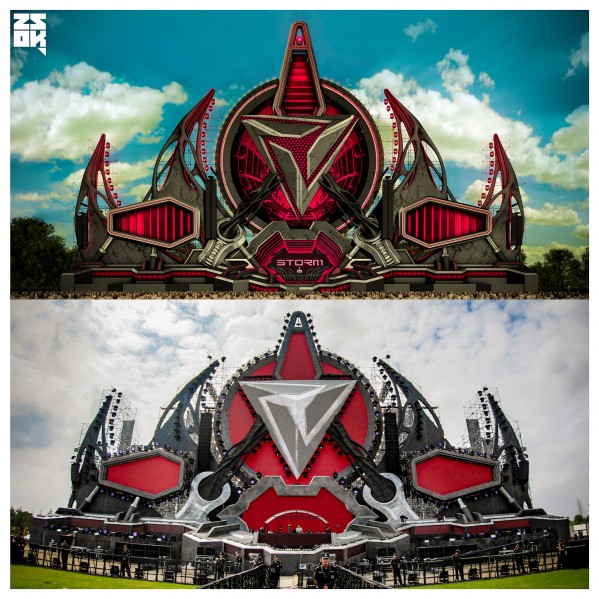 He did a good job right?

So, the Set was 60 meters wide x 20 meters deep x 36 meters high. Whew!
Productions of this scale need some detailed and on pointe planning.

They probably worked on the design for months, right?

The development of the set-design, from initial idea to a final 3D drawing, took the 250k team one month.

Then, the 3D drawing was translated into technical drawings and detailed decor plans- to be able to create the set design as efficiently and as close to the original design as possible.

The load-in lasted for around two weeks, and the load-out was finalized in about five days.

We, here at Resolume, love the stage concept! Can you talk us through what the stage depicts?

Storm Festival, a concept created by A2Live, tells the story of the Actaurians, travelers from outer space who have come to Earth to find like-minded people to live and collaborate with.
This year, the story focuses on ‘The Impact’, the first contact between Actaurians and humans.

The (3D) logo of Storm Festival is actually depicted as the mothership of the Actaurians in the artwork and trailers. [/i]

To reenact ‘The Impact’ within the set design, the mothership has landed into the set-design making the connection with the Earth.

It is a representation of both worlds colliding into one merged structure, where the logo and organic shapes represent the Actaurians, and the solid stage platform expresses humanity.

How do you, as designers, incorporate a balance between set fabrication, LED and lighting?

As designers, we focus on finding the perfect mix between representing the brand identity of the promotor/event and the Artist’s technical rider requirements.

Keeping this in mind, we are constantly looking to take the set design to a next level, to create something that is not out there and to challenge all disciplines.

It is also about contrast, where video, lighting & decor feel balanced when looking at the set design. We closely collaborate with lighting designers, video operators and the decor fabrication company.

For this set design, we have collaborated closely with Daniel Richardson, the lighting designer and operator for the past years of Storm Festival. 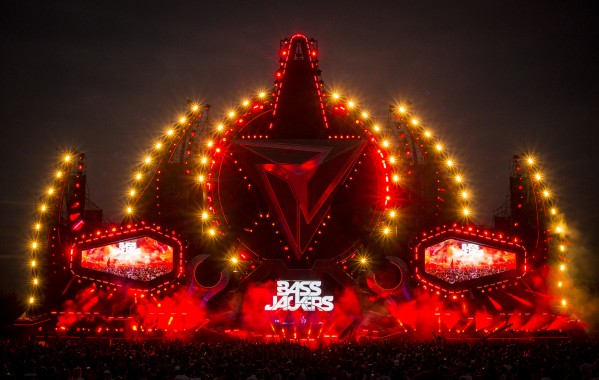 For this set design, he created a lighting design that incorporates over
140 beams
225 quad LED bars
60 Spots &
60 blinders, just to name a few.

Fun fact, all lighting in the stage is hanging (except for those on the deck).[/i]

In terms of set fabrication, what material did you use to create the set and the mammoth logo in the center?

Structurally, the logo is created using truss, it is a geometrical shape that can be recreated with truss and corners.
The facades of the pyramid are supported by a custom welded steel frame, on which the wooden (grey) panels are connected on.
The wooden panels are painted with two type of finishes, to give it that look & feel and to add the sharp edge to accentuate the logo.
The inside of the pyramid is covered with semi-transparent white fabric, to transform it into a giant lightbox.
The pyramid’s truss and frame is held up to a large scaffolding wall, that is part of the whole set design. 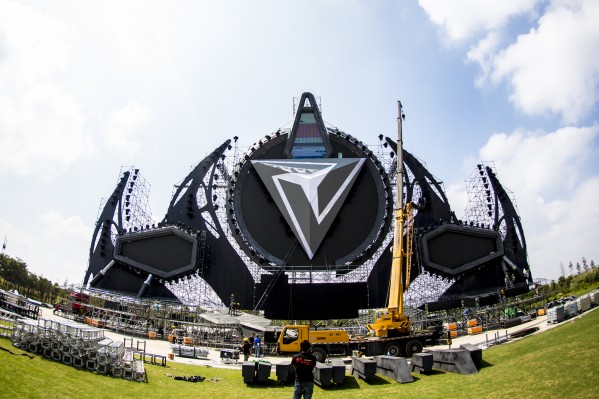 For the whole set design, we have used around 400 square meters of 7.9 mm LED. The LED tiles were split into 10 processors, of which 4 controlled the central circle screen. Most of the lower LED screens are stacked on a deck, the top circle is supported by the back scaffolding.

What challenges did you face producing this Stage in China and how did you overcome them?

There were two main challenges that had to be overcome:

First, a language barrier.
Most of the crew would only speak Chinese, so it was difficult to get a message across. It can be quite difficult to translate the technical terms that I am used to in Dutch, to English and then to Chinese. For this, sketching, gestures and the 3D model we have created was of great use.

Second, the overall approach is different.
Not saying it is good or bad, but different than what we are used to from a production in Europe or the USA.
The level of customization to the set design and adding details on site, instead of off site, was a lot higher.

There was a strong focus on bringing the detail of the original 3D render into reality. And in addition, the used materials were different.
The basis is still scaffolding and trussing, but the measurements were different than what we’re used to.

It is not a difficulty, but is something that has be taken into account strongly when designing a set design for a different market or region. 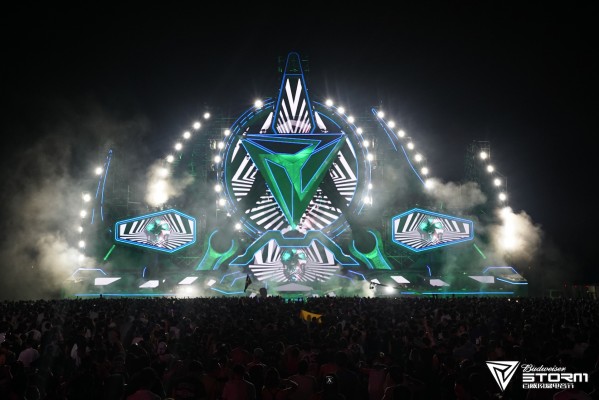 With this, we come to the end of Part 1 of our coverage of Storm Festival.
Thanks for talking to us Dennis. Kudos on a great show!
In Part 2, we will plunge into the video details of Storm festival 2016- so get your geek on.

Credits:
Gil Wadsworth and the whole team of A2Live for the opportunity to create 250k's first set design in China;
Daniel Richardson for his great lighting design, lighting operating during show and to assist as a translator from English to Chinese and back;
Atilla Meijs from Corrino for introducing 250K to A2Live
You can also visit 250K & Storm Festival


That rig is FIRE!


When the second paragraph of the interview