As Described use Resolume on the Olympic Torch Relay

As Described Ltd is a production company from the UK, handling a wide range of projects ranging from small artistic adventures to all out mega festivals to innovative classical music performance.

They had no hesitation in speccing Resolume on the Olympic Torch Relay when they were appointed as VJ’s for Samsung who were one of the offical presenting partners for the 70 day, 8000 mile tour round the UK leading up to the opening ceremony for the Olympics in London. 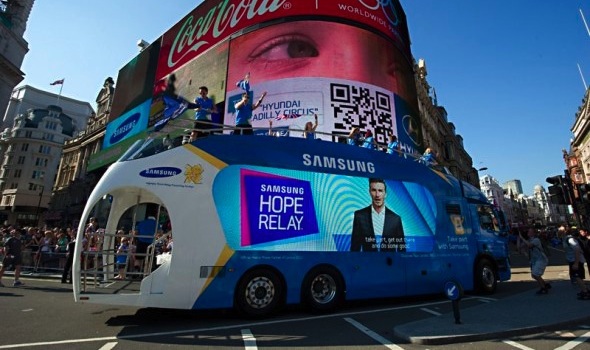 Jim Horsfield, one of the co-founders and a Director of As Described, has been a resolume user since v1, so when they were approached by the marketing agency representing Samsung to take on the role of VJ’s for the tour it presented them with the perfect opportunity to use Resolume in a different way to the normal club/live gigs that they had used it for in the past. 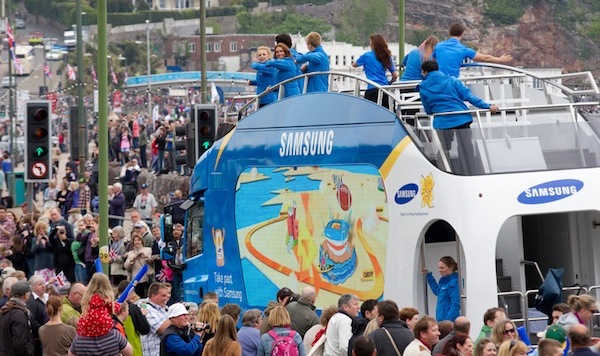 As VJ’s for the Samsung Olympic Torch Relay, we were presented with a mixture of content that ranged from pre-rendered video, video that was downloaded and updated daily, through to dynamic flash files which had to be updated depending on the location up to 30 times/day. Resolume was perfect for us as there was no downtime once we started each day, we had to be able to manipulate and change the content order and videos, live without breaking the feed to the screens.

The Torch Relay often started at 6am and went through until 8pm, so content had to be played for up to 14 hrs/day, 70 days in a row. 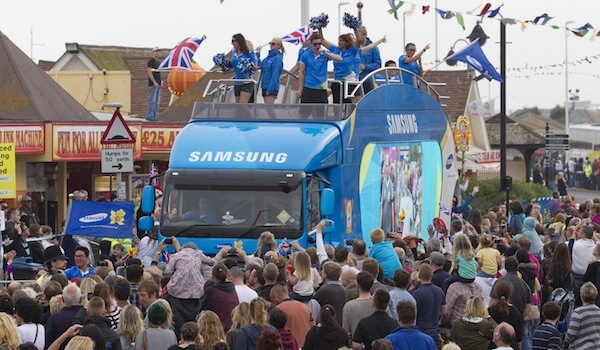 They used 2 x macbook pros with a Blackmagic ATEM mixer feeding into 2 custom LED screens that were built into a truck on either side.

We had a few problems during the first few days, but once these were sorted Resolume ran like clockwork despite the challenging conditions. We had to deal with extreme rain and cold (another typical English summer!) at the start of the tour, but by the end it was reaching nearly 45 degrees Celcius inside the truck.

Adam Seaman, the other co-founder and Director of As Described, even resorted to placing one of the Macbooks inside a fridge as it was so hot. Resolume dropped down to less than 10fps, but it kept going… 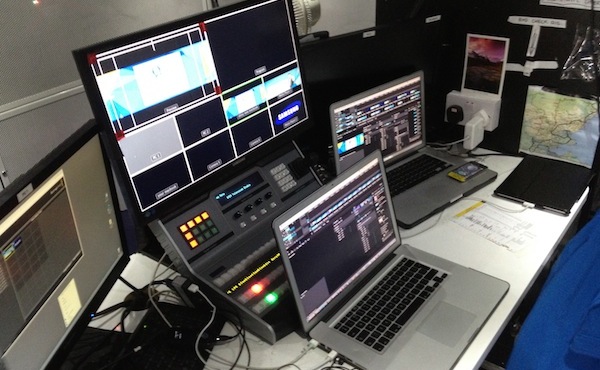 Since the Olympic Torch Relay they’ve also used Resolume in more corporate commissions having recently used it to run and control an ‘arts installation’ which they designed and installed for a major brand launch in East London.

We keep finding different uses for Resolume away from the typical live environment, don’t get me wrong, I love using it with our regular music acts that we tour with, but its just so versatile when you look at from a different point of view, it can be used in so many ways.

http://www.asdescribed.net Posted by Joris on Friday November 16, 2012 at 12:16
Comment from craftycurate:


I was at the Bays + Heritage Orchestra gig - perhaps my best gig of all time. Just awesome.