Like beating Super Mario Bros in under five minutes, Resolume 6.0.11 is all about shaving off those milliseconds and finding those hidden shortcuts.

With the 6.0.11 update, you can play even more videos at higher resolutions than before. We dove under the hood to see where Resolume was spending most of its time, and improved that. A 2013 Mac Pro can now comfortably play 14 layers of 4K at 60 fps. Considering it had trouble reaching 30 fps with the same load before, that's a huge improvement!

Take a warp zone to download the update via the app or via the website, or take your time and get nerdy with all the techy details and the full fix list below.
Continue reading...

It's January 26 now this so it's probably too late to late to wish you all a happy new year, but, HAPPY NEW YEAR!

Here is the first Resolume update of 2017. It has mainly fixes in the Advanced Output and some SMPTE timecode fixes.

Download and enjoy that zen moment of staring at a slowly moving progress bar. If you're in a hurry then download the installer without any demo footage, it's much smaller so it wil download faster. You'll find it in the dropdown menu at the bottom of the downloads page. 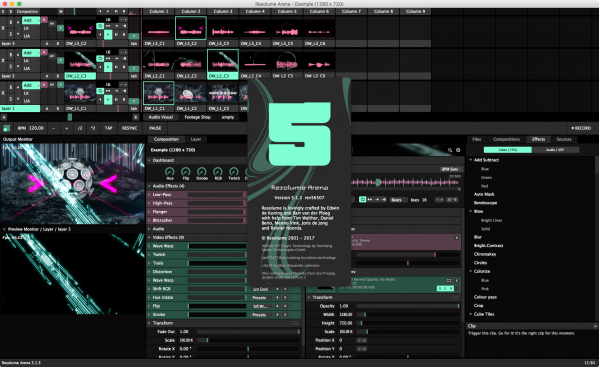 Resolume Arena 5.1.3 & Avenue 4.6.3
[FIXED] SMPTE value in status bar not working when SMPTE is set to 29.97 fps
[FIXED] High SMPTE Offset values are not picked up by GUI when SMPTE is set to 29.97
[FIXED] SMPTE offset calculation is broken when using 29.97 drop-frame timecode
[FIXED] When slices are snapped to the edge of the comp, edge blend wraps and gets applied on wrong part of slice
[FIXED] Disable Snap toggle button no worky for polyslices and output masks
[FIXED] Clip In and Outpoints can get reset on composition reload
[FIXED] Still image duration not remembered after switching deck
[FIXED] Slice snapper snaps to a weird snap result
[FIXED] Mask corner point selection cycles to other slice or fixture when clicked
[FIXED] Can not load an output preset when you've never saved an output preset
[FIXED] Output preset name doesn’t get updated after opening preset and cancel
[FIXED] Undo breaks the transformer widget's outline
[FIXED] Multitask transition has a single flash of white on the right texture halfway through the transition
[FIXED] Audio track that needs to be relocated, still shows codec info and duration
[FIXED] Polygon slice "match input shape" works normalized, it shouldn't
[FIXED] Slice name sometimes has outline.
[FIXED] Problems with Japanese font rendering 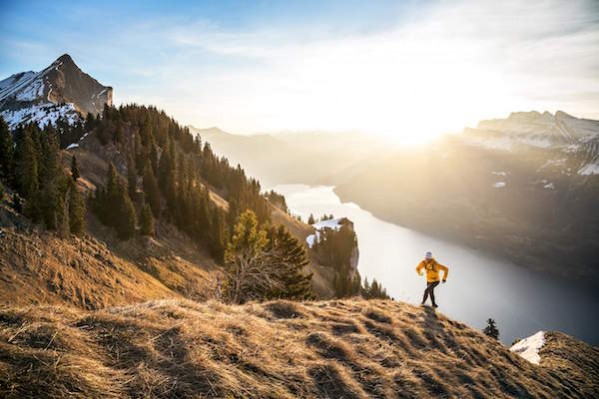 There we were, running our marathon. We were on a good pace and we felt like we were making good time. Then, disaster struck. We tripped on an untied shoelace and hit face first in the mud.

So, with our cheeks still blushing from the embarrassment and caked with mud, we give you Resolume 5.0.4.
The 5.0.4 release fixes three silly mistakes that snuck their way into 5.0.3.

The long distance runner's eyes lose their focus. He can't remember how long he has been running. All he knows his still has to go on. Sometimes he feels like he can't make it. Every step feels like lead and his feet feel like fire. Other times he catches new wind and he feels like he's soaring across the skies and leaps tall buildings in a single bound.

His eyes refocus. The finish line is not in sight yet. But he knows he's going to make it. And he's loving every step along the way.

It’s been 4 years since we introduced Resolume Avenue & Arena 4. In those 4 years we released many many updates which brought a lot of improvements, effects and new features. It was time for something new, and we are proud to present to you: Resolume Arena 5.

We looked at the most important features that needed to be improved and this was clearly video mapping in Arena. Video mapping has taken the world by storm the past few years. We wanted to make this even easier and even more flexible with Resolume Arena 5. With Arena you can take on any size mapping project. Projecting on DJ booths and cars and buildings, as well as pixel mapping giant stages like Ultra. Projection mapping has gone from an artsy curiosity to a requirement in the toolbox of all VJ's.

Zoooooomin
With stages becoming bigger and LED resolutions going up it’s now easier to get everything pixel perfect by zooming in to your slices as far you need to make the final adjustment.

Undo (yes really)
In the advanced output you can now undo (and redo) all your actions. This is incredibly handy because video mapping can become quite complex and is not always an exact science. Sometimes you need to fiddle the sliders until it’s pixel perfect. You can now work on a complex mapping with the ease of mind that you can always go back in time, like Doc & Marty.

Polygon slices (poly what?)
This new way of video mapping is so innovative we even had to think of a name for it

We’re calling them Poly Slices. Draw any shape you want and then warp each individual point. Triangles were just the beginning, young grasshopper.

Snapping
Slices and points will jump into place when they get close enough. So you don't need to find that sweet spot twice.

Slice masks
You can now apply a mask to one specific slice by using the new input masking. You can even draw your own shape from scratch. 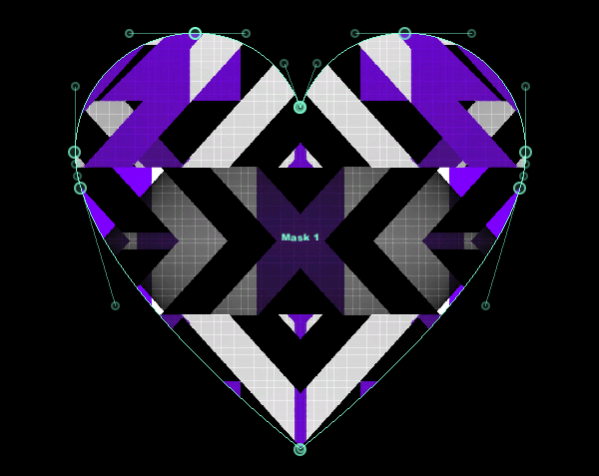 Multi Select
Lasso your slices like a cowboy and herd them dawgies to the corral in one mighty swoop.

Led There Be Light
You can now start thinking outside the (box) screen because you can now send your pretty little pixels to DMX fixtures. Let them light up in any color, at any time, in sync with your visuals. Better improvised synchronisation between music and visuals is the very first reason why we started on Resolume all those years ago. It’s a very logical step to add the lights to that as well. This way your shows are even more coherent and integrated. 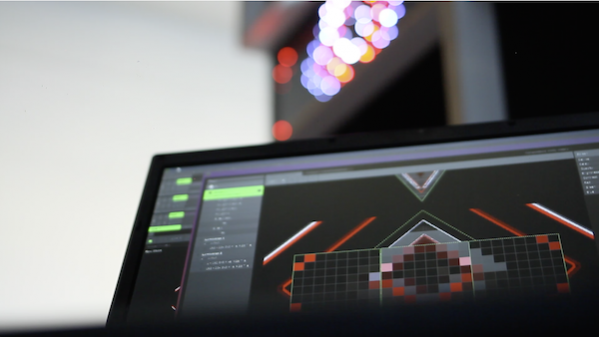 Output via BlackMagic Devices
Those fancy BlackMagic capture devices can not only bring images into Resolume. With Arena 5 you can also output via BlackMagic devices. This way you can easily output to another screen on a laptop that might not have multiple outputs. And output to professional SDI connections without having to buy a special expensive videocard that has SDI outputs.

Spout
Spout is the Windows equivalent of the hugely popular Syphon on the Mac. It allows you to output and input visuals from one application to the other, all in real-time. So create a sketch in Processing and send that to Resolume or send the Resolume output to the virtual Spout webcam and stream that to YouTube. Spout opens a lot of possibilities because there is already so much other Spout compatible software. Checkout their website.

Avenue?
Because most of these major new features are media server related and only in Arena there is no major update for Avenue. So you can continue to use Avenue 4 without a paid upgrade.

Grace Period
If you bought Arena 4 after September 1st, just contact us and we'll upgrade you to Arena 5.

Much, much, more
Besides all these major new features we have also fixed many small bugs and made many minor improvements. Read below for the full release notes or hit the download! 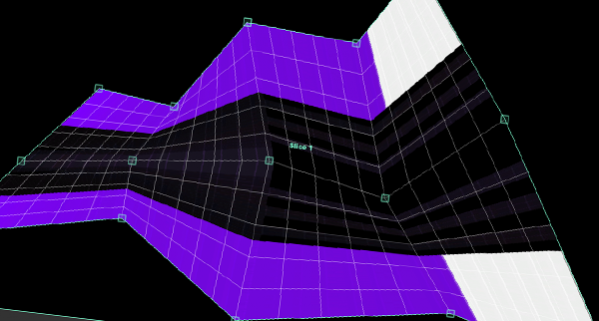 I have a Res Avenue 4 license but there’s no Avenue 5! Do I need to upgrade to Arena 5 to get the new stuff?
No. Avenue 4.5 is a free upgrade for anyone with a Avenue 4.x license. It has all the bug fixes and comes with native Spout support.

I have a Res Arena 4 license but Arena 5 is a paid upgrade. Do I have to pay for bug fixes?
You don’t. If you don’t want to upgrade to Arena 5 just yet, Arena 4.2.2 is a free upgrade for anyone with a Arena 4.x license. It has all the bug fixes of Arena 5, just not the fancy new Advanced Output. Download Arena 4.2.2 for Mac and PC.

I just bought Arena 4 last week and now you bring out an update. This sucks!
Don’t worry. If you bought Arena 4 after September 1st, just contact us and we’ll give you an Arena 5 license, no questions asked. If you feel we’ve treated you unfairly in any other way, just drop us a line and we’ll work something out.

What about feature X ?1?!?!. You said it was coming in Res 5. I really need feature X! I can’t live without feature X!
Yeah, that sucks. We wanted to pack so much more features in this release. As it turns out, putting all of that in and getting it stable, would mean you’d have to wait another 2 years for the next version. And we couldn’t let you wait that long. So just make awesome shows with all the cool new stuff that’s in Arena now, and we’ll continue working on all the other things. Comment »

So, a few weeks ago we publicly released a new version of DXV, imaginatively called DXV3.0. It's a big improvement, and people love it. To make sure you get the best out of the codec, here's an upgrade guide.

First of all, DXV3 encoded movies will only work in Resolume 4.2 and above. In previous versions, Resolume will think they are very big and slow Quicktime files, and you will not have a good time. If you want to use DXV3, you're committed to Res 4.2.

DXV3.0 has 3 benefits: it's faster at high resolutions, files are generally smaller and it has a high quality option.

In general, we don't recommend re-encoding your entire library. Your old DXV2 files will play fine in Resolume 4.2, and you still get all the benefits of improved smoothness and bug fixes.

So there is no need to re-encode your entire DXV2 library. Especially do not re-encode your DXV2 files to DXV3 High Quality. Because you are rendering from a DXV2 source, any image artifacts are already rendered into the file. Your image quality is not improved at all, the only thing you get is bigger files that look exactly the same. And that's probably not what you want.

There are only three scenarios where we would advise re-encoding.

Bugs are like Pokemon. It's hard to catch them all.

But we keep going. Because we love you.

Thanks to your quick and awesome user feedback, we were able to squash a few important bugs that had snuck their way in to the 4.1.9 release. So here's the 4.1.10 update which fixes the following bugs:

[FIXED] Glitches and crashes with some clean aperture clips
[FIXED] Twitch does not load correctly on PC and OSX 10.6.8
[FIXED] Slice stacking order is reversed
[FIXED] Alpha layer blend mode and Alpha clip transition do not work well together
[FIXED] Flash crash on Mac when removing with X button on the clip panel