On both the Input Selection and Output Transformation views, there are several shortcuts, key modifiers and contextual menus to help you move and reshape your slices.

In other words, these shortcuts apply to the Advanced Output, not the regular interface!

These differ per item, but generally will let you quickly access frequently used scalings and positions.

These are so important and useful, we've singled them out for you. They will let the slice take the position and shape that it has on the other stage. This way you can quickly match aspect ratios and positioning on the Input Selection stage to the Output Transformation stage or vice versa. 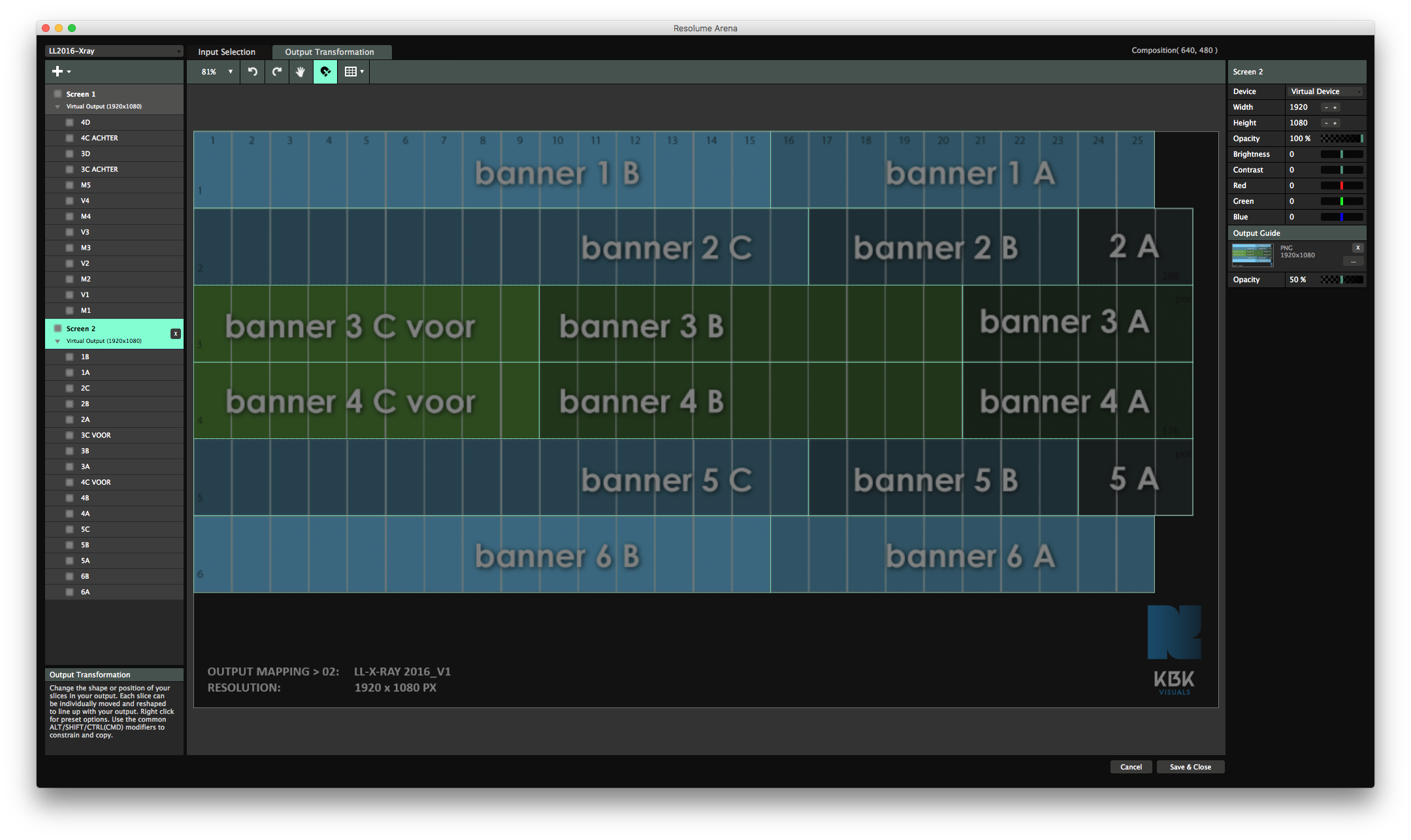 These will let you load a still image file in the background, to use a guide while lining up your slices.

It will load the file at its native resolution and position it in the top left of your screen.

You can adjust the opacity of the input map via the Opacity slider.

Loaded the wrong map to the wrong screen? Replace it via drag and dropping the right one, or remove it with the 'X' button. 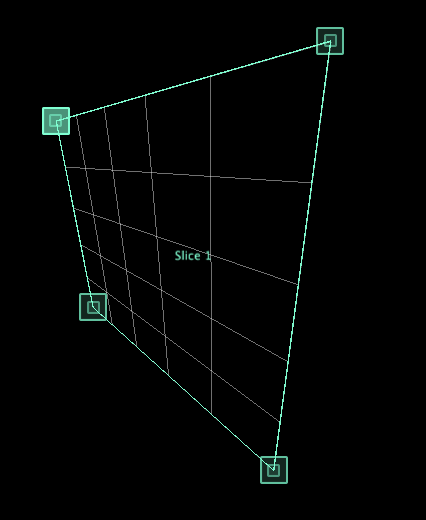 This will show the outlines and a grid for the selected slice.

This will divide the output up into 8x8 pixel lines. When snapping is enabled, your slices will then snap to this grid. This is useful for making LED pixelmaps, since 99% of LED screens are made up of blocks of 8 pixels.

This will light up your slices in white when you mouse-over them. In combination with Show in Output, this is a great way to make sure your input map lines up with your actual stage. Or to quickly make sure which slice you need to adjust. 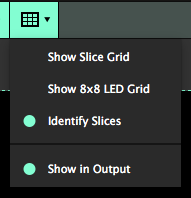 With this enabled, the Image Guides will show in the actual output. This is very useful to double check if everything is aligned correctly.

Also, when Slice Grid is enabled, it will show both the grid as well as a red crosshairs on the actual output, to help you get your bearings.