Hi, I got Avenue 6 - MadMapper and can't get one layer 4k without dropped frames. Tried downloading demo of Arena, problem persists. Also CPU load percentage at bottom never gets to 100%, when dropping frames it drops to 15-10%.
VDMX seems alright with this loads. 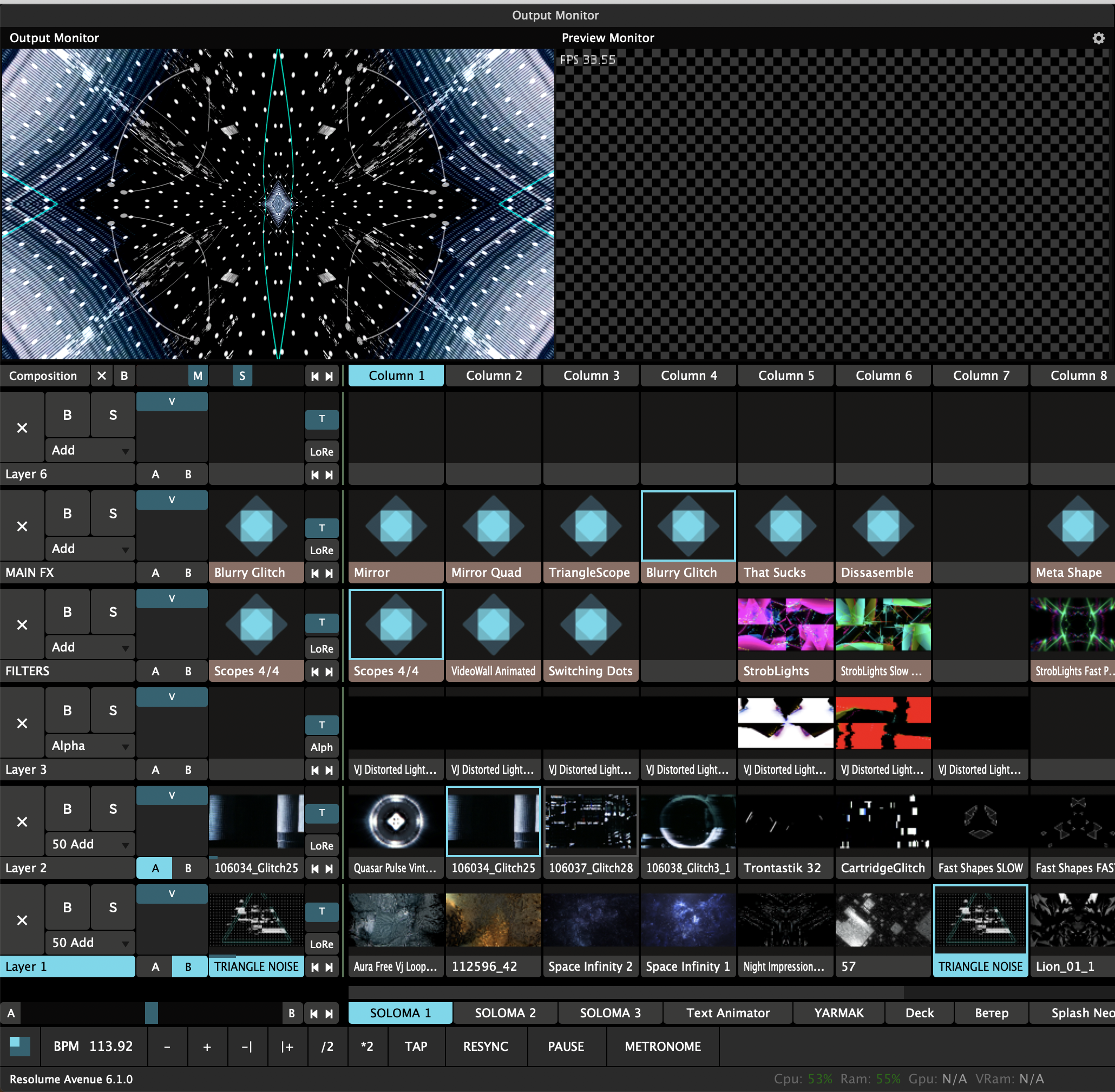 Here is the 4k with one clip at 60 fps (clip is 1080p30, but even then it fps drops after few seconds and macOS UI starts act jittery) 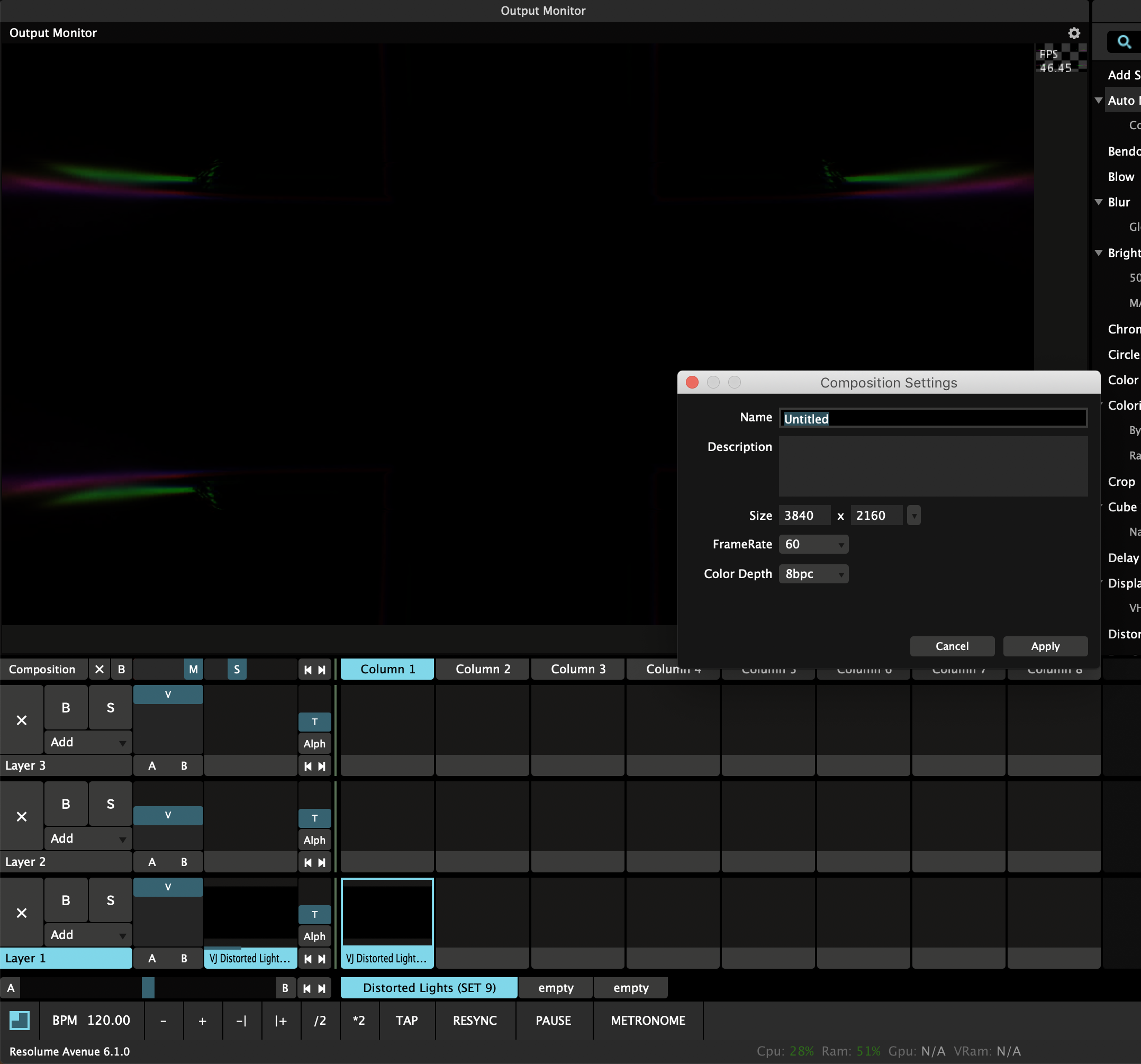 Yes, also I tested it both with and without second display :/
Top

Sounds quite like thermal throttle.
How does the CPU frequency and temps look like when this happens?
Theatre sound engineer, photographer, programmer, aka ravensc.
Control Your show with ”Enter” - multiple Resolume servers at once - SMPTE/MTC column launch
try for free: http://programs.palffyzoltan.hu
VJ footage: https://goo.gl/58oHy7
Top

Sounds quite like thermal throttle.
How does the CPU frequency and temps look like when this happens?

Sounds like it is (was my first thought) but it isn't, CPU temps are in 60-70 range (by celsius) and lag starts immediately, terminal system utility called sysdiag (or smth like this) says it's power throttling, which doesn't make any sense, since I have 5-10 watts on CPU and 0.8GHz frequency, while lag starts (according to intel power gadget), even with fully loaded GPU there is enough power left to have CPU running at adequate frequencies (definitely not 0.8GHz). Doesn't matter if I have power supply connected or not, this doesn't happen while I render some C4D scenes or BM Fusion compositions.
Top
Post Reply
18 posts