Then rejoice. Thanks to the efforts of Lynn and Robert Jarvis, there is now an easy way of doing exactly that.

For Resolume users, the system works by installing two FFGL plugins and a utility app. You can then play the output of any Spout enabled application like a camera in Resolume. This means you can use all the effects in Resolume on your generative visuals made in Processing or VVVV. You can also map your projection easily, without having to write your own projection mapping tool while you're at it.

The other way also works. You can apply the Spout effect anywhere in Resolume to send the output to another Spout Receiver.

The real beauty of the framework is that its well documented and easy to use. Setting up takes less than a minute. Using it is a matter of filling out the correct sender and receiver names. This really makes Spout worth its weight in gold ( “But it’s software, so it really doesn’t really weigh anything. That analogy doesn’t make any sense.” “Shut up inner voice! I do what I want! ”)

Supported apps include Processing, VVVV, Jitter and VIZZable. Example code is available for openFrameworks and Cinder. Support in Isadora and Touch Designer is rumoured to be on the way.

Head over to http://spout.zeal.co/ to read more, ask questions on their forum and of course download. But not before you’ve pressed that Donate button, because quality work like this deserves your support.

UPDATE: Works perfectly in Avenue 4.1.7 but not in 4.1.8 using identical installation and workflow. Have alerted the Spout guys to this, but wonder if anything changed in 4.1.8 that might stop the SpoutPanel popup appearing when clicking SelectSender in 4.1.8?


Just a note to anyone playing with this and not seeing the sender selection dialog box pop up - The spout receiver clip needs to be selected in order for the pop up to appear (notice in the video above I select the cell before clicking select sender). Tested and working on 4.1.8! Have fun!


Bravo!! What a wonderful gift. Thank you!!


I had it working in 4.1.8 but it's gone again, and have tried selecting the Spout clip and also launching it, but can't get it working. So clearly there's a way of doing it that works and a way that doesn't and I haven't found the difference yet.

I tried launching SpoutPanel.exe manually from the Avenue folder and it picks up the Spout Demo Sender OK, but for some reason, Avenue 4.1.8 is not always able to launch the Panel from the Select Sender button.

UPDATE: Working again ... If I type the sender name into the "Sender Name" box in Avenue, then launch the Spout clip, Avenue is able to make the connection, and the Spout Demo output appears in Avenue. From then on, the Spout Panel appears when clicking "Select Sender" so maybe there's a variable that isn't getting initialised or something? My gut says it's something to do with the clip needing to be selected but that might be way off.


Also to say it works beautifully - no glitches, crashes etc so far and a nice smooth 60fps all the way. Just the small matter of the SelectSender popup sometimes not appearing, but the important part (sharing video) seems to work smoothly.


Does someone allready tryed Spout on MWM ?!


I am currently doing the Creative Coding MOOC through FutureLearn with one of my primary objectives to leverage Processing in visuals. Thanks to Spout this is now extremely easy.


Thanks for the heads up about the Creative Coding course - have been looking for something like this and it's free! Nice one.


After Effects preview can be plugged too. Pretty nice for mapping (specially over several projectors). 
francoe wrote:After Effects preview can be plugged too. Pretty nice for mapping (specially over several projectors).

Wow ... how are you doing that francoe? I have AE CS5. Comment from manuelgazzo:

francoe wrote:After Effects preview can be plugged too. Pretty nice for mapping (specially over several projectors).


thank you very much for this beautiful development.
I did connect spout , but airserver did not appear in source resolume, like a tutorial for Mac(tagtool, airserver and syphon) describes. A pity, can somebody help me, please.

I'm on PC and like to stay there, but there was the tutorial how to connect tagtool (neonrost) with resolume via airserver on Mac. And spout obviously is like syphon, so I thought I could do the connection like it was described there, resolume, connect tagtool with airserver and spout does the magic and feeds it in. May be I think too simple or did do something odd, that's why I'm asking , did somebody try this already????


I've found a consistent pattern with Spout in R4.1.11 on Win7x64. The only real issue with using Spout in Resolume I've found is sometimes between R4 and the Spout server. Once it's up and running, they work really well together with smooth playback as mentioned in a previous post.

The only way I can get R4 & Spout to consistently connect is to drag Spout into an empty deck slot and begin working with it straight away, making sure I launch the clip before trying to connect it with Spout. In this case, clicking Select Source does bring up the dialogue that allows the Spout Server to be selected.

However, if I save a set with Spout Receiver in a cell, and then open it again, the connection is broken, and the Select Source button does not work and I cannot get R4 to talk to Spout. Clearing the cell and putting in a new instance of Spout does work. So there may be some variable initialisation or similar that is not happening properly.

If someone else could confirm this, that would be helpful.


Try to manually type the sender name in the box in Sprout receiver clip window within Resolume called "sender name" -it works for me.
The select source button doesn't work for me, but the manual method works.

You and Doris may be better served by posting your problems in the "problems..." section of the forum.


I found the manual typing in is hit and miss, even if I replicate what appears in the name box after using the dialog, it doesn't always initialise.


Spout problems are best discussed in the Spout forums: http://spout.zeal.co/forums/forum/spout/

The Spout team is very helpful and responsive. Since native support for Spout is not possible (yet ), we have zero influence on any problems, you really need to talk to them.

I can only speak for myself in saying that I'm not expecting you guys to fix Spout issues. I'm only sharing my own experiences that other Resolume users might find useful as we work out the pattern of how Resolume and Spout interact, and sharing tips on getting it up and running.

However, it's not always clear to us end users what is a Spout issue and what's a Resolume issue, since getting the two to work together involves both pieces of software. All we see is the end results, but we don't have source code level knowledge to be able to say why "A + B = not working".

Native Spout support - that would be something.


I finally got a new PC so I am willing to make lots of Spout usage with Arena.
Spout demos run fine in my both PC systems and they claim to be compatible.
But I don´t know why, Spout Receiver never show up in my Arena Effects List, just Sender.
Yes, it is properly installed, following the video tutorial to work with Arena.


pfelberg wrote:I finally got a new PC so I am willing to make lots of Spout usage with Arena.
Spout demos run fine in my both PC systems and they claim to be compatible.
But I don´t know why, Spout Receiver never show up in my Arena Effects List, just Sender.
Yes, it is properly installed, following the video tutorial to work with Arena.

Because its in sources. Not fx. Comment from pfelberg:


Yeah. It took me the entire day to notice that.
Thanks. It is working beautifully, but there are o senders to setup my goal.
I wish to capture not specific spout supporting application into Resolume, like a webpage for instance,


pfelberg ... I've been thinking about this too, being able to pipe any visual output into Resolume. However, since this is only possible for apps which can channel their output into Spout to begin with, another solution might be to create an app in Max for example which includes web browsing facilities. Otherwise, if it's an app which has scripting\plugin facility like After effects then a plugin can be written.


I am no coder at all.
I am also looking after a middle way solution as using something like SparkoCam to capture a window content to a virtual videocam which can indeed be a source in Resolume.
Spout forum was clarifying but also frustrating.


VVVV supports web page as texture, with output to Resolume, if that is too intimidating then your best bet would be using a webcam emulator e.g. e2esoftcam, manycam, SparkoCam? etc.
good luck.

Sorry, but what does that mean exactly? By that can I assume that Spout will work as native and support major applications even thoug they had never care about Spout before?


Touchdesigner has native support for Spout, Spout In/Out is built in.


I have spout working into resolume from Winamp and magic, how do you send from touch designer? Thanks!


asperi wrote:I have spout working into resolume from Winamp and magic, how do you send from touch designer? Thanks!


This is my project to bring realtime generative graphics into Resolume.
http://manoeuvre.tv/software/sprite/ 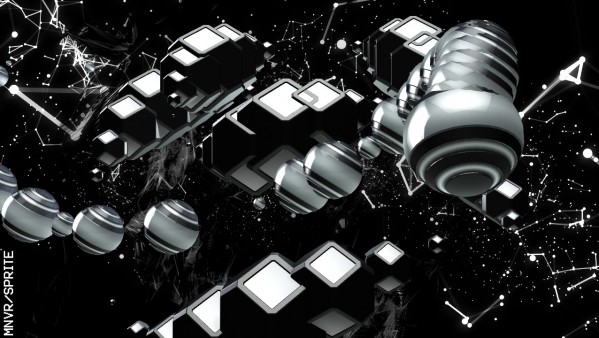 Can you teach me?

Moderators, videos are not available! Lol

kiki wrote:The same happens to me in Arena 4.1.8

You know, the latest Arena 4 version is 4.2.2. you could try to update and see if you have the same issue.
Go to our download page, and scroll down.
You'll find a "Select Version..." combobox, which has all previous releases.
Select the one you'd like and your download should start.


Moderators, videos are not available! Lol